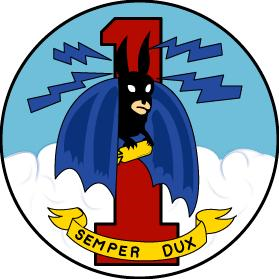 The 1st Pathfinder Squadron (Provisional) was a special unit which led missions when the cloud cover over the target made visual bombing impossible. They used the Oboe technique to navigate to the target and to release the bombs. The squadron also led night missions and flew night missions on its own.

When a Pathfinder was assigned to lead a group the crew had to be briefed 3 to 4 ours before the scheduled take off, then fly to the assigned group and attend the group’s briefing where the Pathfinder crews and the group’s Operations Officer decided the position of the planes in the formation and presented their flight plan. Some days a Pathfinder crew could find themselves leading two missions. The group could also rendez-vous with the Pathfinder at a specific point where it waited.

The first crews were made up of experienced crew men from the groups, but later replacement crew members had only a few missions and many pilots came from the two Replacement Training Groups (the 335th and 336th Bomb Group) after they had been disbanded in May 1944.

It seems to be very difficult to find photos of B-26 pathfinder ships, but here are photos of four ships I have found that were assigned to the 1st PFF Squadron: 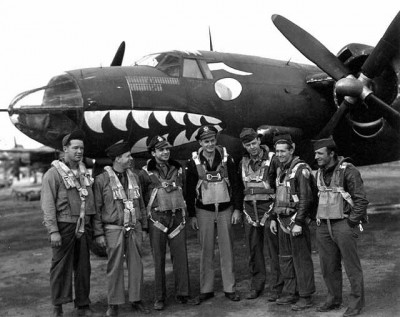 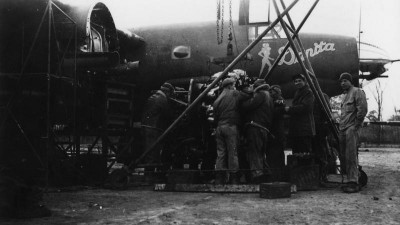 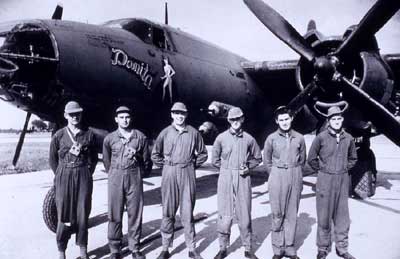 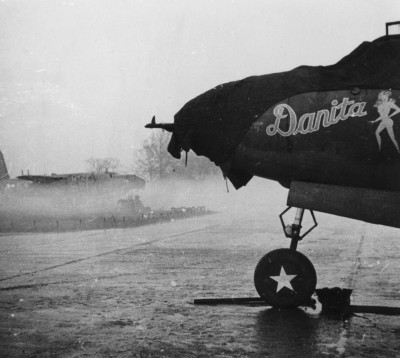 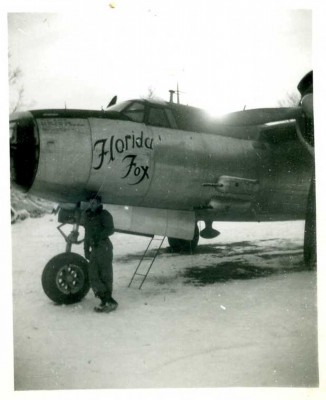 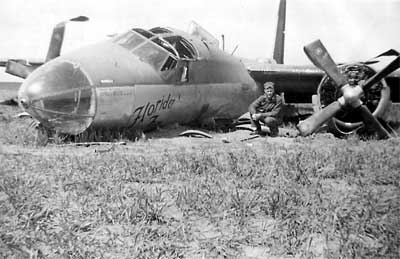 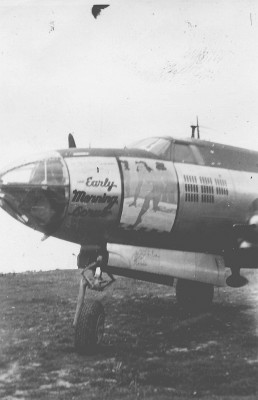 I also found this photo:

I am pretty certain that this is a pff B-26. You can’t see the first letter in the ID code, but it seems to be an I. 1st had IH and then you see F1. As far as I know only the 1st PFS had that type of identification. While searching for the serial no (43-34291) I found this comment: The Marauder under repair is 43-34291. The squadron code is
most probably IH, then it is a 1st PFF aircraft (Pathfinder).
The bombed airfield is Y-55 Venlo in Holland, 394th BG base
from May 1945.(top sides only painted cammo)

Other pff ships:
Dubissary – and perhps this is the ac: 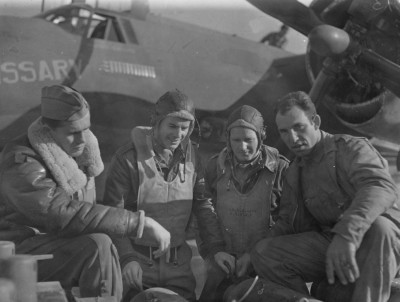 Sleepy Time Gal IH-E – and this could be the nose art: 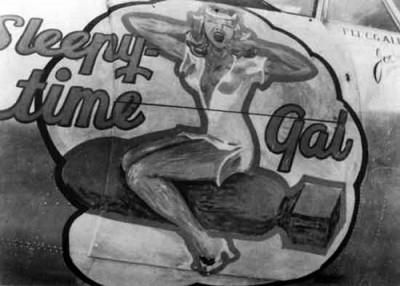 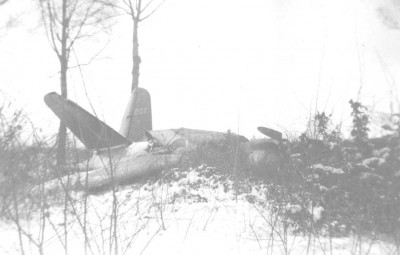 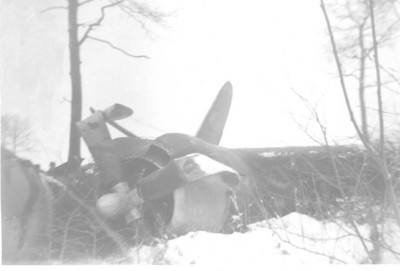 Péronne A–72 Air Base

With its left engine damaged by FLAK, while over the target on a Pathfinder marking mission, this bomber approached the A-72 air base with the left engine running only part of the time. After several attempts of landing during the heavy snow storm covering the base that day, the bomber was diverted by A-72 Drunkard Control toward the Cambrai A-74 Air Base. As it flew over Tincourt-Boucly, both engines stopped. The bomber crashed into the Bois de Buire, 1,200 meters west of this memorial.

*Two men were killed during the crash when they were crushed by electronic equipment falling on them. The Pilot and Co-Pilot were both awarded the Soldiers Medal for their efforts in removing the two men’s bodies from the burning bomber. 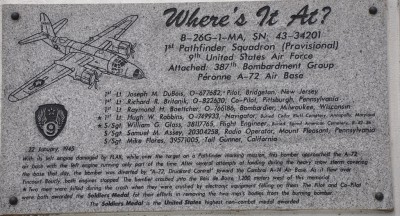 This could be a pff ship: 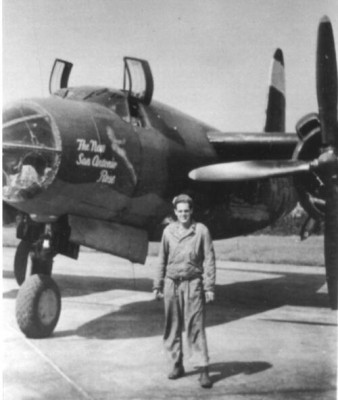 You can see an H on the fuselage behind the wing. This is from the 323rd BG. No squadron had that letter in the first two of the code. 596th/394th Bg had H9 but a different tail flash. Could the I of IH be censored? 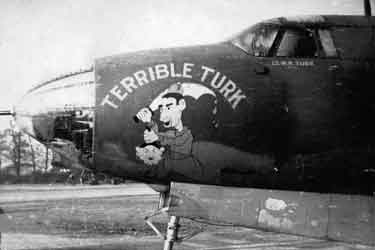 Are these men also from the 1st PFF?
http://www.b26.com/marauderman/lawrence_m._hohlaus.htm

The first OBOE installation (British invention, modified by M.I.T. RADLAB) was made in a 322nd BG Marauder on January 25th, 1944. It consisted of a 400 pound apparatus with the antenna, modulator inverter and voltage regulator in the rear bomb bay and the receiver, filter and control junction box in the Navigator’s section. The apparatus was a radar beacon (also termed a transponder) which was tracked by two coastal radars a hundred miles apart (Cat and Mouse). The secrecy that surrounded the blind bombing systems of WWII was such that little historical material forund their way into normal archival files. So secret was the equipment that this initial installation was kept under continous MP guard, even the use of the term “Pathfinder” was restricted. The 1st Pathfinder Squadron (M) provisional was activated on February 16th, 1944. It consisted of highly experienced aircrews from 322nd BG, 323rd BG, 386th BG, 387th BG and 391st BG. By end of February 1944 the squadron consisted of 11 Marauders and 345 Officers and Enlisted Men. After a year the force was 30 Marauders and 31 aircrews.